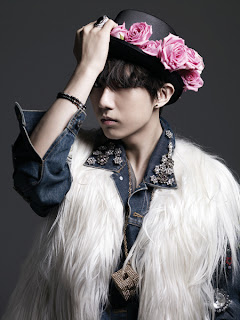 BEAST‘s Hyunseung will be making his musical debut by participating in "Mozart".

Cube Entertainment confirmed that B2ST’s  Hyunseung will play the role of Mozart, following in the footsteps of JYJ‘s Kim Junsu.

Hyunseung gained a lot of popularity when he performed with 4minute's HyunA for subunit group,  "Troublemaker", and showed off his vocal talent in this project.

"Mozart"will begin performances at the Sejong Cultural Center on July 10 and the show will continue to run until July 28.

Nice. They'd be amazing I am sure.