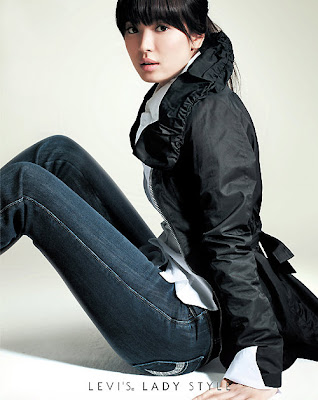 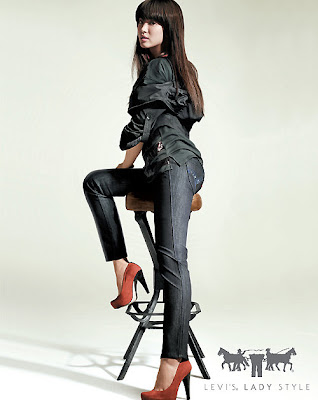 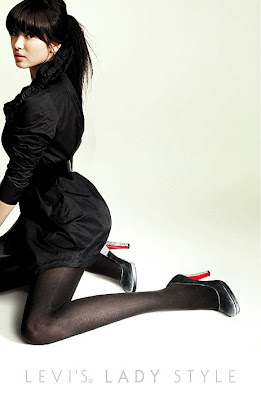 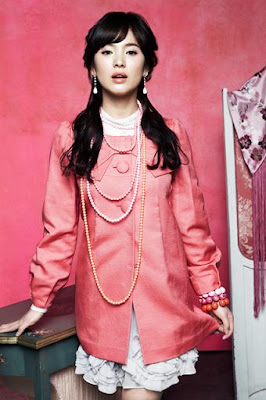 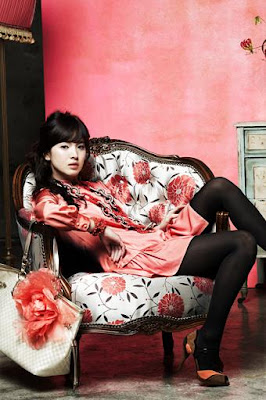 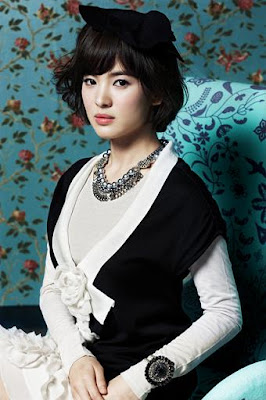 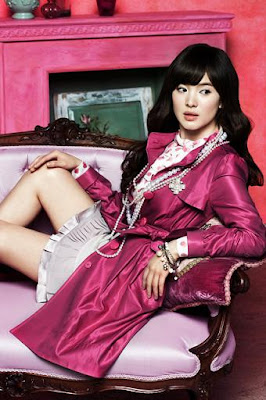 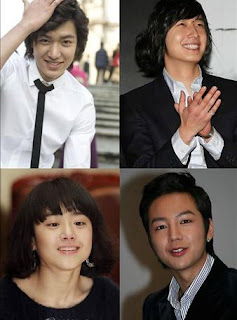 Lee, of the hit new drama series "Boys over Flower," has shot up to stardom. Jeong is also getting significant attention, and his drama "The Return of Iljimae" has yet to start.

Moon, who won the Grand Prix at the SBS TV awards late last year, was the heroine of the historical drama "The Painter of the Wind" while Jang cemented his popularity for his role in the hit music drama "Beethoven Virus."

Lee is well built. In the drama, his character sports curly hair so his head looks bigger on screen but strong facial looks match his masculine figure.

In contrast, Jeong and Jang have more of a feminine flair. They have smooth, small faces while Moon is close to a real-life fairy tale character.

Big career break
Moon first gained attention playing the childhood character of actress Song Hye-gyo in the hit 2000 series "Autumn Tale." The Moon syndrome began with her 2004 film "Young Bride."In the latest "The Painter of the Wind" she was comparable to her co-star, veteran actor Park Sin-yang. Her role of a woman disguised as a man was also well played.

Jang played the rebellious younger brother of actress Jeon Do-yeon in the 2005 "Lovers in Prague." He continued to appear in "Hwangjini" in 2005, "Hong Gil Dong" last year and in the latest "Beethoven Virus" in which he played a genius musician.

Jeong was another case of overnight stardom through the hit sitcom "Unstoppable High Kick," which ended in 2007. In the lead role of the new drama "Return of Iljimae," he is anticipated to play a character compared to Lee Jun-gi's performance in the 2008 "Iljimae."

Lee Min-ho is the latest heartthrob and teen superstar thanks to "Boys over Flower." He debuted in the EBS drama "Secret Campus" in 2006 and appeared in a number of movies including "Public Enemy 3" and "Our School ET" but didn"t gain much attention. His role of the wealthy and cocky "Gu Jun-pyo" in "Boys" has earned him explosive popularity.

Only 22, ready to soar
Receiving the grand prize at last year"s TV awards, Moon said she feels more sorry than grateful. She said "I want to continue acting but I'm greatly burdened by this award."

Lee has confessed to difficult times in the past 3 to 4 years when he was unknown and things didn"t work out as well as he thought they would. 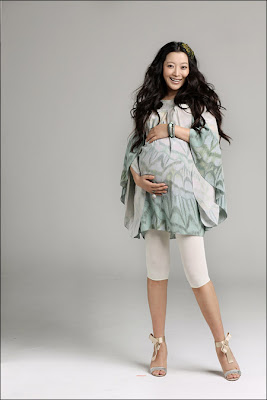 Famous Korean actress Kim Hee-sun, 32, gave birth to a baby girl on Jan. 21. According to the actress's agency, she gave birth to her healthy 3.2 kg daughter in a hospital in Gangnam through natural childbirth.

Kim Hee-sun is married to Park Joo-young, second son of Park Sung-kwan, the owner of Raksan group, in October 2007. She went into labor on the morning of the 20th, as expected. 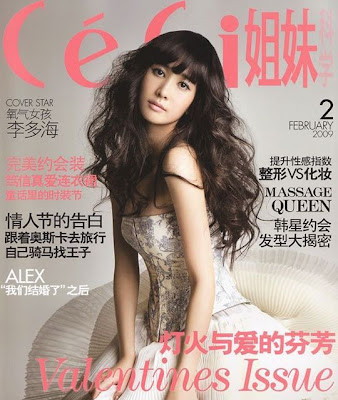 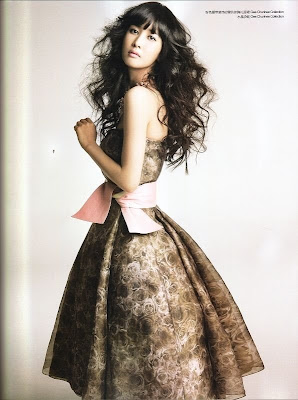 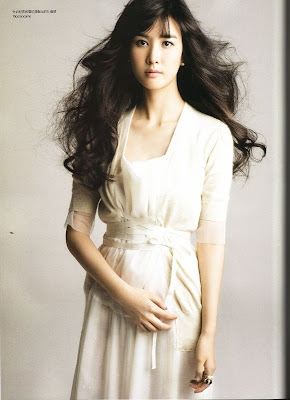 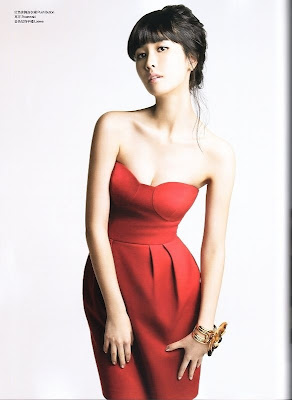 Who Spied on Jeon Ji-hyun?

Police have seized hard disks of computers and documents at Sidus HQ, the agency for star Jeon Ji-hyun. The Seoul Metropolitan Police on Monday seized the material when they learned that the star's cell phone was being spied on. They are questioning three suspects including the head of a private detective agency on charges of copying SIM cards.

The three are suspected of cloning cell phones, tracking locations, and seeking to catch victims in compromising situations. They have allegedly received some 30 requests to spy on people since October 2006 and charged W1-3 million (US$1=W1,375) per case.

Police believe that an executive at Sidus HQ asked the suspects to copy the star's SIM cards to check the records of her calls and text messages.

Jeon made her debut as a fashion model in magazine Ecole in 1997 after being discovered in the street. She has since then risen to become the top star at Sidus HQ and a core figure in the Korean Wave. The agency denies the allegations and the star has declined to comment.

Her contract with the agency expires next month, so the outcome of the investigation could determine whether she renews it or seeks new representation.

Tags: Jeon Ji hyun/korean actress
Posted by myplot'blog at 6:01 AM No comments: 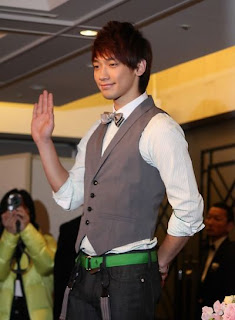 Singer Rain (Jeong Ji-hun, 27) flew to Japan Sunday for his first official schedule of the year. He was welcomed by 1,000 Japanese fans at the airport.

He released the Asia edition of his 5th regular album "Rainism" (released in Korea in Oct.) in Japan last Wednesday. He will hold a concert/fan meeting four times during his stay, twice Monday in Tokyo and twice Wednesday in Osaka.

He arrived late Sunday night at Narita International Airport to be greeted by 1,200 fans.

He will hold a press conference Monday morning at Hotel Okura Tokyo before the local media. His management agency J.Tune Entertainment says 200 Japanese reporters will attend the conference.

Upon its release last Wednesday, Rainism placed fifth on the Oricon charts. He will debut his new songs in the Japanese version during his 90 minute long concerts. 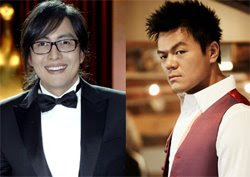 Korea’s top producer/singer Park Jin-young and actor Bae Yong-joon have teamed up to produce a drama about the nation’s first entertainment arts school. JYP Entertainment announced Tuesday that it signed a contract with a cultural contents firm, Key East, to make a drama. Park and Bae each have the largest share of these two companies.

The two famed entertainers are expected to take part either directly or indirectly in the drama production, fueling anticipations about overseas sales. Park is likely to oversee the music and choreography part, while Bae will participate in overall planning, writing and producing.

JYP Entertainment and Key East will jointly set up a corporation in January to carry out auditions for the drama cast. New, promising actors and singers are encouraged to audition for the roles. The new corporation will be the first one to build a new business model in the Korean entertainment industry by planning to reap revenue from projects other than drama production, such as merchandising, original soundtrack sales, copyrights, and stage production.

Workaholic Rain Branches Out into Fashion 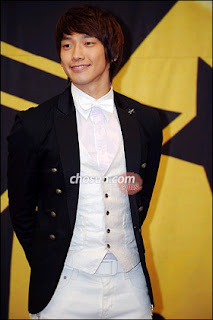 K-pop superstar Rain pulls off the triple roles of designer, model and singer for newly launched fashion brand Six to Five, in which he owns a stake.

Rain took photos for the fashion catalogue from Dec. 11 to 14 in Cebu, the Philippines, in which he shows off his famous sculpted body.

Rain also held a launch show at Kintex in Ilsan, Gyeonggi Province on Dec. 23. At a press conference before the show, Rain said, "Although I never had professional training in fashion design, I had my own vision and idea about what people including me are comfortable wearing." Ever ambitious, the star plans top take the brand global next year, and expects annual sales of W10 billion (US$1=W1,340).

After taking to the catwalk with fellow models in his self-designed clothes, Rain sang six songs, including "It's raining," "I do" and "Rainism," bringing everyone in the audience to their feet. The show attracted plenty of fans from as far afield as Japan and China.

BoA to Perform in U.S. Along With Rain and Se7en 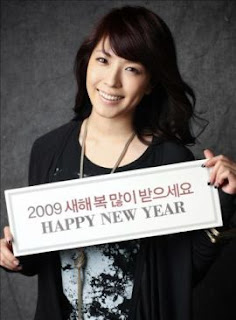 BoA is postponing her debut as an actress because of her U.S. debut.

Singer BoA (23, real name Kwon Bo-a) says she is looking forward to performing in the U.S. along with Rain and Se7en, because--despite their different music styles--the three of them can cause a bigger stir in the U.S. pop market together rather than individually.

BoA released her U.S. debut single album "Eat You Up" in October last year and is to release her first studio album targeting the U.S. market early this year. Rain, for his part, will debut in Hollywood in July-August in the movie "Ninja Assassin" and will release his "worldwide album" in August.

Se7en, who last year announced the song "Girls" by famous American producer Dark Child, will launch promotional activities in the U.S. in February along with Lil' Kim, who is featured in the song, and will release his studio album early this year.

In a recent interview, BoA said she looks forward to this "goodwill competition" with other K-pop artists in a foreign market. "I hope we'll all meet up in the U.S., because we're going to feel very lonely. I know Se7en personally and we've been keeping in touch while he's been staying in Los Angeles. He tells me about his life in the U.S. and how he's learning English," said BoA.

She also added that she prefers to maintain close relations with a small group of people rather than with many people and that she will need good friends in the U.S. more than ever.

In the interview, BoA also mentioned her long-scheduled debut as an actress. "I've postponed my acting plans for a while because my U.S. debut is a priority at this point. In fact, I've received an offer from Hollywood as well as from Korea and Japan. If I'm made an offer to appear in a really good production, I'll try my hand at acting," said the singer.

BoA says she is happy to see her junior colleagues like TVXQ, Girls' Generation and SHINee growing up as artists. They are all managed by the same agency, SM Entertainment.

"Singers don't have much opportunity to meet other apprentice singers after their debut. I learned about TVXQ only after the band's debut. I like it a lot. I'm the same age as a lot of the TVXQ and Super Junior members. One of the Super Junior members is even older than me. That's why I jokingly call him 'Super Adult.' The Girls' Generation members are very pretty, while the SHINee members are like my little brothers. The youngest one, Tae-min, is seven years my junior," said BoA.

BoA said for the past six years she has spent December 31 in the waiting room of the Japanese broadcaster NHK, because she has appeared in NHK's Kouhaku Singing Festival every year. The singer added that she was happy to see TVXQ participate in the festival last year.