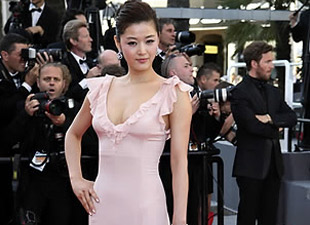 Hate to break it to you fellows, but Korea's beloved actress Jeon Ji-hyun will be tying the knot.

According to a relative of Choi, the two have planned for their wedding at noon on June 2nd at the Shilla Hotel in Seoul. The date was picked after taking in both sides' busy schedules into consideration. Jeon will be filming her newest movie project, "Berlin".

Choi is a Korea University graduate who also studied abroad in the US. He currently works for the Bank of America. he's also the grandson of a famous hanbok (traditional Korean attire) designer Lee Young-hee. Choi's the second song of designer Lee Jung-woo and his brother has even dabbled in entertainment in the past.

Jeon and Choi are of the same age and were friends since they were in their early 20's. They dated for about a year now and rumors of their romantic relationship were officially confirmed last December.


Jeon is one of the most popular actresses in Korea, famed for her beauty. She debuted in 1997 as a magazine model and has since then starred in my movies like "My Sassy Girl", "Table For Four", "Introducing My Girlfriend", "Blood", "Thieves", etc.